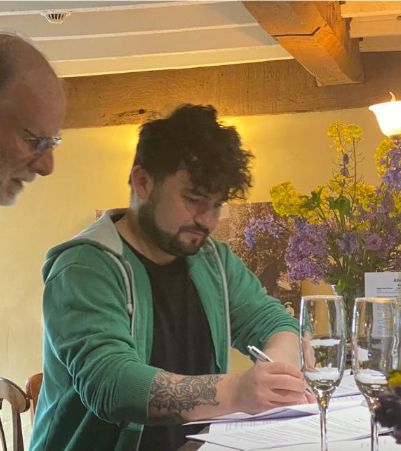 Iain  grew up in Herefordshire and became the new tenant of the Bell in May 2022. He is an extremely experienced Head Chef, including cooking at Foxhill Manor and Crockers, Henley.

Having qualified at Pru Leith school of cookery, he has worked at some of the best pubs with restaurants in England and Wales, for example the Michelin starred The Nut Tree Inn, and The Kingham Plough.

Iain is passionate about making the pub a wonderful place to drink, socialise and eat, for the community and visitors alike.

The Bell at Yarpole is owned by the Mortimer Community Benefit Society, a group of local residents who came together to buy this historic village pub in September 2018.

The Bell Inn operated as a thriving pub at the heart of Yarpole for many years. It became clear though in 2018 that the pub was at risk when the last tenants left and Enterprise Inns put it up for sale. The thought of losing it, most likely to a developer, galvanised opinion, which turned into action as a group was formed to rescue it for the benefit of the community.

The ancient building, dating back to the seventeenth century, has been extensively renovated and sits in about 3/4 of an acre of pasture in the heart of the village. The pub itself is connected to the original cider ​barn which would have produced the refreshment from the many orchards in the area.

The pub perfectly complements the village’s other thriving grassroots projects: the flourishing shop (with Post Office), and The Gallery café, both located within St Leonards Church. 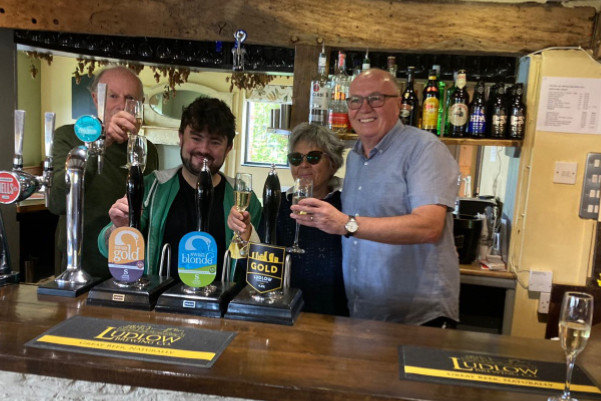